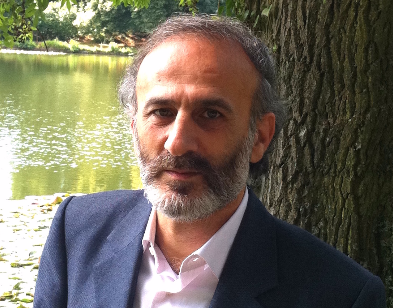 Issa Makhlouf is a Lebanese writer and poet living in Paris. He holds a Doctorate in Cultural and Social Anthropology from the Sorbonne University. Thus, Makhlouf resides on the crossroads of varied cultures.

He was special adviser for social and cultural affairs at the UN, New York (the sixty-first session of the General Assembly, 2006-2007).

At present, he is the News Director of the Radio Orient News Division in Paris.

He translated into Arabic many literary texts from both French and Spanish. Among his writings are “A Star Slowed Down in Front of Death”, “Levantine Dreams/ Borges in the Labyrinths of A Thousand and One Nights”, “The Apple of Paradise/ Wonderings on Contemporary Culture”, and others.

Some of his books and literary texts have been translated into French, English, Spanish, German, and Japanese.